Welcome and thank you for visiting Central Florida Gardener. Florida is a unique state in which to garden. It can be frustrating but also rewarding for gardeners who persevere. This blog was created as a resource for Florida gardeners, both new and experienced, in search of information specifically for Florida gardens.

You are invited to participate by leaving your comments, suggestions, tips and recommendations relevant to Florida gardening - don't be shy! Thank you for dropping by to learn more about gardening in the Sunshine state. I look forward to hearing from you! Susan 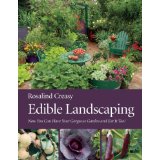 I'm delighted to announce that the winner of the Rosalind Creasy's "Edible Landscaping" Book Giveaway is Nell Jean at  Secrets of a Seed Scatterer. While she's not a Florida gardener, she's pretty darn close in rural southwest Georgia.

Thanks to everyone who left a comment entering the book giveaway. It was nice to discover some more Florida gardeners who visit the Central Florida Gardener. I do hope you'll leave comments on future posts as it's nice to chat back and forth with others who garden in the sunshine state.


Congratulations Nell Jean! If you'll email me your mailing address, I'll get the book in the mail to you a.s.a.p. :-)
Posted by Susan at 6:24 PM 7 comments: Links to this post 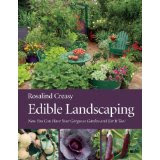 If you grow your own vegetables (and I know many of you do) you're going to love this 380 page book chock-full of ideas for incorporating vegetables into your existing flowerbeds. Just take a look at these sumptuous garden beds overflowing with beautiful blooming perennials and healthy vegetables.
This updated version of the Edible Landscaping is loaded with practical information, detailed steps for creating a landscape plan, landscape designs, guidelines for plant selections, chapters on designing with herbs, vegetables and fruits, berries and nuts. It also includes a gallery of design ideas and tons of gorgeous photos. 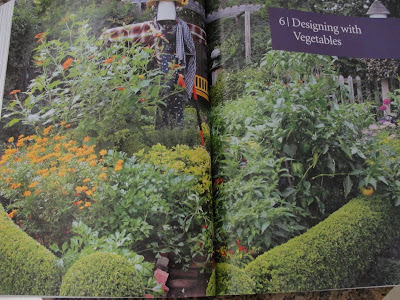 This book is a great summer read in preparation for the autumn garden. Click here to read more about the book.
All you need to do to have a chance at winning the Edible Landscaping book is leave a comment.
The winner will be announced on Thursday - June 16th
so be sure to leave a comment by Wednesday, June 15th at midnight to enter.
Best of luck to everyone!
Posted by Susan at 9:12 AM 28 comments: Links to this post

I'd like to share a project with you I've been working on. Earlier this year a wooded area that borders my daughter's school was bulldozed to make room for a large retention pond for a highway expansion project. 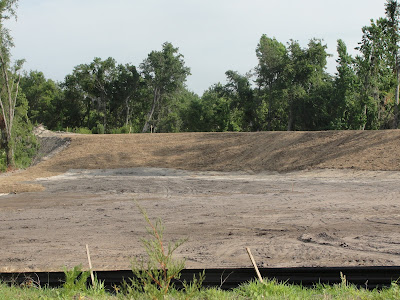 What once was a wooded area that attracted a variety of birds and butterflies to the school garden... 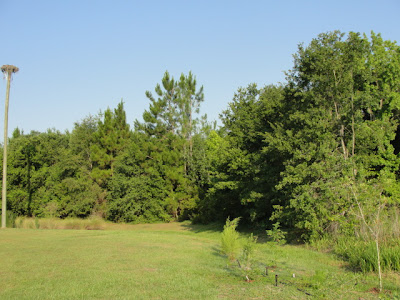 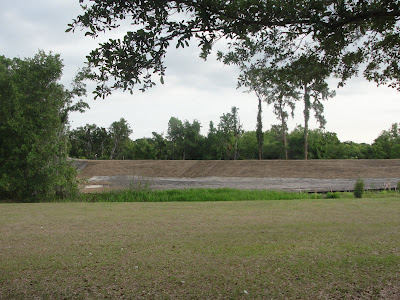 The loss of this vital habitat has become evident to Mrs.Wagner, the 4th grade science teacher at the school. After contacting the city and the construction company to see what their plans were for recreating the habitat area, it became clear that she would have to find a way for the school to restore this area. This led to a wonderful teaching moment for the 4th graders on the importance of habitat for wildlife, and the restoration efforts that can be done to recreate the habitat.


She was successful in acquiring a grant from The Mosaic Company and an invitation to the 4th graders to visit a couple of old phosphate mines that have been restored to their original status through their reclamation process. Lucky for me, I was able to take the field trip with them and was amazed at the enthusiasm of their two biologists and the job they had done restoring the old pits. The pits had been completely restored, along with native flora and more than 1,000 gopher tortoises (and the other animals that live in their holes, too) that needed to be relocated for a future phosphate pit. The children had a great time and learned a lot about the necessity of restoring damaged habitats.


The next step for the 4th graders was to begin the process of rebuilding the school's wildlife border. Soon they would be planting native plants, grasses and trees to the small amount of existing plants that survived the demolition which included some native grasses, morning glories, a few wildflowers, Carolina jasmine and wax mrytle (pictured below). 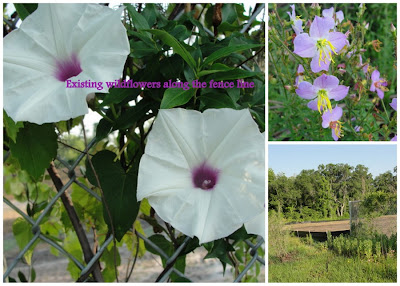 Mrs. Wagner solicited my help in determining what to plant. Armed with the school credit card and a $600 budget...I gleefully ;-) headed off to Cee Jay Nursery to place the order. Carolyn Wilson, owner of the nursery, has the most extensive variety of natives I could find in our area. She was also helpful in suggesting a few additional items, and she even hung around to help the kids plant and provided the class with a Fringe tree Chionanthus virginicus as a gift.

It was a beautiful spring day when 42 eager kids showed up with shovels-in-hand and quickly got to work planting 70 plus native plants, grasses and trees. 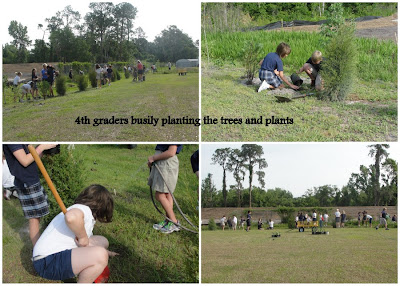 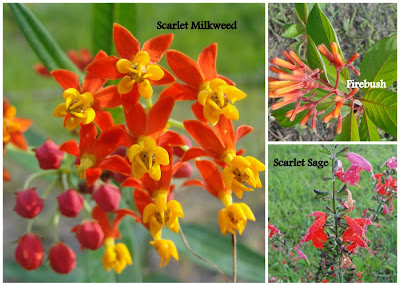 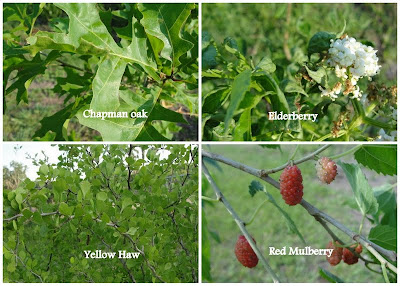 As we were planting the final few bushes a black swallowtail butterfly landed on the Scarlet milkweed much to the excitement of the children. Confirmation that "if you plant it, they will come." Here's a look at the final result. We didn't get everything on our wish list...limited only by our budget and the species available to us...but the wildlife habitat restoration project is well on its way, and with the addition of future grants...more will be added. 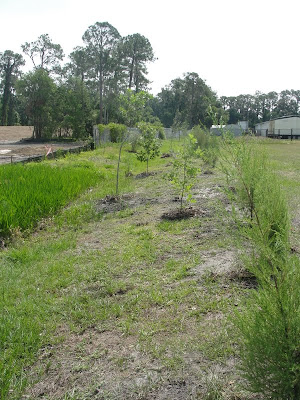 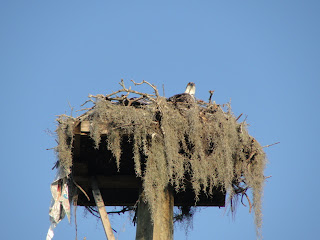 The children were pleased with their hard work and have been making sure that the new plantings are watered until they become established.

On a positive note...even though the existing wildlife area was partially destroyed...the new retention pond will provide an additional source of food to the Osprey that nest on the school property. And, in due time the newly established plants, grasses and trees will slowly reclaim this area and more and more wildlife will return.
Posted by Susan at 10:52 AM 8 comments: Links to this post

Promote Your Page Too